A Day at Walden Pond: Society, Solitude and Two Strangers

Happiness often begins within; we must choose it, be open to it, pursue it, allow it, accept it. But real joy cannot be made real by ourselves alone.
November 29, 2010

A Day at Walden Pond: Society, Solitude and Two Strangers

This piece is featured in my new, free e-book collaborated with 9 other Twitter-based writers. It’s called THE HAPPINESS CATALYST — read amazing stories to inspire social connectedness and genuine community-building as the basis for renewed happiness. Download it here!

EARLY IN THE MONTH OCTOBER IN 2010, I made my first visit to Walden Pond.

I took the short trek to Concord, Massachusetts alone, feeling compelled to escape both the world and my own mind. I had been feeling beckoned to escape, to run, to seek out answers in solitude to unasked questions.

Can we find answers to questions that have not been asked? Perhaps we may only stumble upon such answers by opening ourselves most fully and abandoning the questioning altogether. I began to hike the trails with little intent of discovery, though I hoped that the historic pond made famous by Thoreau might reveal something to me.

With a simple folded map I guided myself along the pond’s narrow and path, wired upon both sides as if for herding dumb cattle. Dozens of metal posted signs further perpetuated this idea:

And so on… and so on… Growing disdainful, I wondered what Thoreau would now make of his beloved Walden Pond. Assessing the topography, I carried on through the trails, intent still to find solitude and seclusion from my head, the world, and the few herded-cattle tourists whom I walked beside on the trails with polite, tight-lipped smiles.

Nearly halfway through Pond  Path, I veered upon an ominous sounding “Fire Road” trail that led somewhere beyond the hills to what was called Emerson’s Cliff — which quickly became my new destination. I could still hear the hum of the nearby highway, the buzz of planes overhead and the roar of the rails so horrifyingly close. My mind thus wandered from Thoreau and Emerson to Alexander Supertramp — the young adventurer who journeyed far Into the Wild — his discontent, his longing for peace and true happiness. Such a drastic concept seemed peculiarly logical.

I ascended Fire Road with ease and a quick step, removing my outermost outerwear to embrace my blood’s warmth against the crisp autumn air. Then, a sharp decline. I slid with caution down the rocky path, grasping at tree limbs and branches and wishing I had acquired a walking stick by now.

Then, halfway down the steep hill I stopped upon a sudden—beyond a bird’s chirp and maybe two chipmunks bantering among the leaves, there was quiet. Total, unfettered quiet. The hill had now blocked the hum  of the highways, there were no planes above or trains passing by. I had even eluded the cowherd fences: finally, peace. Finally, solitude. Is this True Happiness?

A smile overcame me as I paced through the isolated trail and around a stagnant-watered swamp, watching happily as some black-and-white warblers defied the laws of gravity against tall tree walls. Referring to my crumpled map — which to the lone hiker I realized is more valuable than even his Bible — I climbed Emerson’s Cliff, wondering (and so hoping) that its name held true reference to Ralph Waldo, himself. Upon these cliffs, I am overcome with contentment. I am happy, relieved, feeling unburdened by the constant stream of thought that I needed to escape; the eyes of the world that I felt compelled to evade, just for a moment.

The pace of my mind — the incessant thinking and worry and discerning and deciphering — was lost among the pace of my footsteps upon rock and soil.

Instead, my natural senses surged forth. My hearing was sharper. My vision, keen. The childhood memories — of smells of fallen leaves and evergreen needles and crunching branches beneath my shoes — flooded to the forefront. Is this true happiness? I wondered, Real peace? Had I found the love of Thoreau upon the peaks of Emerson; the Truth sought widely by Supertramp? 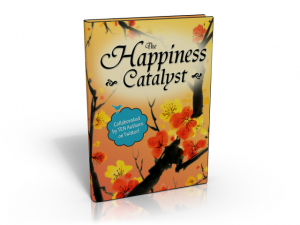 Completing Emerson’s Cliffs, I returned in a loop to the Pond Trail and, so peaceful and happy now, submitted myself to be herded once more.

Circling a small cove of the pond, I crossed paths with a camera-wielding duo of tourists upon the trail. The woman, middle aged and donning a large-lensed black camera, retreated a few paces from her presumable husband to engage a photographic viewpoint by which I just happened to be passing. Before she paused to aim, I happily remarked, “Really nice vantage point, here.” “Isn’t it lovely!” she exclaimed, a subtle accent garnishing the pep in her voice. I walked onward, and but a moment later, the husband with an accent thicker than hers, approached me with a smile and asked, “Does this path lead all the way around?

“Yes,” I told him, “Just stay in between these fences and you’ll find your way back to the start!” He graciously thanked me as I walked away.

Although my feet were moving, my mind paused once more to observe what was occurring within: I was utterly overcome with peace, with joy. What happiness I had felt before upon Emerson’s Cliffs exploded, exponentially even, with the short, pleasant moment that I had shared with those two strangers. It felt as if I was beaming with positivity; overcome with lightness. I recalled one of Supertramp’s final revelations on life before his untimely passing: “Happiness is only real when shared.”

Happiness often begins within; we must choose it, be open to it, pursue it, allow it, accept it. But real joy — true happiness, fulfillment, contentment — cannot be made real by ourselves alone, I am quite sure. Happiness is shared. What contentment we discover within can only be maximized through interactions with men and women around us — by living among the lives of others.

This much I had suspected.

But, on that day, Walden Pond certainly reaffirmed it, leaving little for me to ever doubt again.

This piece is featured in my new, free e-book collaborated with 9 other Twitter-based writers. It’s called THE HAPPINESS CATALYST — read amazing stories to inspire social connectedness and genuine community-building as the basis for renewed happiness. Download it here!