Sometimes we need to stay the path and refuse to quit like our proud patriots in uniform. Other times, the right decision is knowing that you need to walk away.
June 10, 2010

“How committed are you?”

This is the only question that I can remember Captain Painter asking me over the course of our short interview regarding the Army Reserve Officer Training Corps (ROTC) program in September of 2004.

Just over eighteen years old at the time, I sat opposite this stern-but-amiable lifelong military man clad in his camouflage battle dress uniform, surrounded by a litany of flags, emblems and military insignias. In a moment that stands out in my memory, I recall coolly replying, “I can’t see myself not doing this.”

My words were less a statement of confidence and certainty than they were one of aimlessness and resignation; more “What else would I do?” than “There’s nothing else I’d rather do.” As a member of the newly-welcomed Class of 2008 at the College of the Holy Cross, we had only just begun to settle into our new home on Mount Saint James as the heat and humidity of the summer quickly transitioned into autumn, as it always seems to in Worcester, Massachusetts. 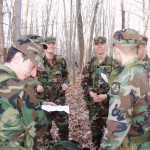 It is September 2001, a blue-skied morning. I am a sophomore in high school. As second period passes, the student body congregates for a weekly meeting of announcements. Toward its end, the principal informs us that two planes had crashed into the World Trade Center in New York City. Without words, we look at each others’ faces searching for answers. The teacher who proctored our second period study hall, a historian, takes off his glasses and wipes tears from red eyes. We realize the answer.

As a brash and brazen patriot in a post-9/11 world, I had given military leadership consideration for perhaps a year. In early October, I ventured by consortium shuttle to the Worcester Polytechnic Institute, home of the regionally-located Bay State Battalion and just a few miles away from Holy Cross. Days later I found myself in military uniform, ceremoniously marching, saluting and push-up’ing once per week in the brisk early morning hours, before the sun had even risen.

It is the Fall of 2003. On a late-night drive with the windows down, one high school friend divulges his plan to enroll in the United States Marine Corps after graduation. Maybe I’ll do something like that too, I tell him. 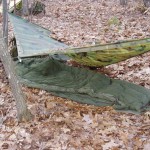 Hardly able to yet create (let alone successfully maintain) a routine with new-found collegiate academic life, the increasingly burdening dynamic of military training began to wear on my mind. I could never rectify the bizarre contradiction of having the so-called “time of my life” in college while training with the military for the possible or plausible end of it. All of the cadets around me seemed so intent, so sure and so certain, and all about issues as big and unpredictable as life and death.

It is April 2005, just seven months after the interview with Captain Painter. I sit and pen a letter to Bay State Battalion MS1 class’ instructor Master Sergeant Veals, who had become a mentor and good friend to us. As difficult as it was and as much as it pained me, I write to inform him that I would not be continuing the program in the next academic year.

Looking back at the experience now, I suppose that dabbling in the world of military leadership was more than premature and certainly a part of my constant search to fulfill that unremitting drive of a leader within. Today, I can still read a similar version to the letter I wrote to MSG Veals in a journal that I kept sporadically at the time:

“…the path of officership in the United States Army is not God’s Will for me. The most difficult aspect of my realization is that I know I could be an Officer and do great things. I was proud of my actions during [training exercises] and I’m confident that I’d make Sergeant Veals and the Bay State Battalion Proud. But the cadre’s efforts were not in vein. I’ve learned a vast amount about the Army, about being a leader and an American, about being a human being, and finally I’ve learned a lot about myself. As for my plan for the future, it is cloudy. I have come this far in my decision-making, and until the Lord wishes to make it more clear to me, I will simply have to wait.“ 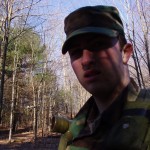 The decision I made to quit the pursuit of officership in the United States Army was very similar in nature to abandoning other pursuits in roles of leadership that I would attempt thereafter–from journalism and student leadership to politics and more. I realize now that what appeared to be a flighty demeanor and uncertain attitude, perhaps an inability or unwillingness to commit to the military, was a product of a quiet force within me that I had not yet heard or come to fully realize. That quiet force was my true nature.

As most learning experiences go, we cannot always fully understand them until they have long since passed. Here on DaveUrsillo.com, I harp on about following your gut and your instincts, and the importance of trusting and acting on your heart over what logic might dictate. The reason I advocate trusting the voice inside of you is because it is seldom wrong–even if we are unable to understand why it tells us what it does for years and years. As far as my months in the Army ROTC went, the voice inside of me said that sometimes, we need to stay the path: relentless, fearless and refusing to quit, just like our proud patriots in uniform who serve us. But other times, the right decision is a much harder decision: when you know that you need to walk away.

It is May 2007. A close friend informs me that an upperclassman we had trained with as freshmen, Ryan P. Jones, had been killed in action in Baghdad. I quietly stand from my computer and walk out of the room, barely reaching the stairwell at the end of the hall before I break down.