More than 50 yogis turned out in dresses at Laughing Elephant Yoga in East Greenwich, Rhode Island and raised over $1,400 to help give girls education in Sierra Leone.
October 27, 2014

I’ve worn a school dress every October for the last three years. That would be really weird, even disturbing, if it wasn’t done in support of a great charitable cause called Do It In A Dress.

Now in its fourth year, Do It In A Dress, a global fundraising extravaganza created by Australian-based charity One Girl, has raised hundreds of thousands of dollars to provide schooling opportunities, feminine products and entrepreneurial training to girls and women in Sierra Leone, West Africa.

Sierra Leone is statistically one of the worst places in the world to grow up as a girl, with trends in this developing nation showing that a higher percentage of girls will be pregnant in their early teenage years than in school.

One Girl and their annual Do It In A Dress fundraising month is looking to reverse these startling trends by helping girls receive education, avoid prostitution, lessen the odds of their contracting HIV/AIDS and instead start healthy families that forge lasting communities.

I truly love and deeply appreciate the incredible work that is done by One Girl.

But how I first got involved with One Girl and Do It In A Dress began at a small airstrip overlooking Mount Hood in the Oregon countryside in June 2011. 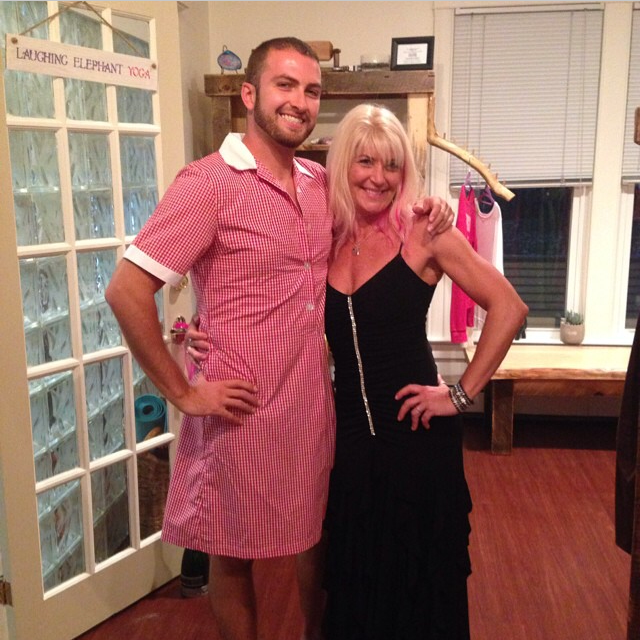 About 40 strangers and I had gathered for a skydiving adventure before the start of a “different” kind of conference for those intent on exploring what it means to live their best lives.

There is where I first met Chantelle Baxter, One Girl co-founder, as we each nervously anticipated jumping from an airplane at 13,000 feet.

I instantly admired Chantelle for her determination as a kind soul, a servant, and a self-made philanthropist.

Her, her co-founding partner Dave Dixon and her small team of mostly volunteers using a lot of fight and loving energy to carry out all of the grunt work needed to give something as simple and yet as vital as education to girls half a world away.

Just a couple of months later, Chantelle and I spoke on Skype to catch up. She presented me with a new idea that she had been toying with–an idea to help mobilize people to raise crucial funds for her charitable organization by inviting them to do activities in traditional school dresses.

“Do It In A Dress,” she called it, could raise awareness for the plight of young women in the developing world while generating the money needed to put girls into precious schooling opportunities.

I was hooked. And her idea really took off.

Since then, I’ve worn a dress at The World Domination Summit conference in Portland, Oregon in front of 3,000 people; I’ve hosted an open bar drink-up in the heart of New York City’s East Village where we raised $1,100; I’ve enlisted my local yoga studio for the inaugural ‘Do Yoga In A Dress’ fundraiser at Laughing Elephant Yoga in East Greenwich, RI where we raised $1,630.

And, this year, the second annual ‘Do Yoga In A Dress’ event at Laughing Elephant Yoga raised over $1,400 (and counting).

Another half-world away from Melbourne and Sierra Leone in small-town, creative Rhode Island, I was honored to join my friend and mentor Debbie Valois, who I almost solely have to thank for my yoga life, to co-teach a class of 50 dress-donning yogis earlier this month. 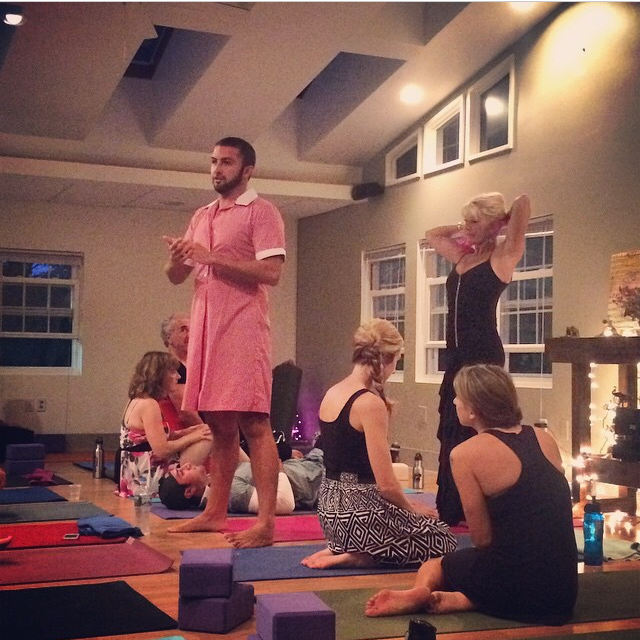 The energy and enthusiasm of our local community at Laughing Elephant Yoga is remarkable. From 23-year-old post grads to retirees, everyone turned out in their own dress attire to contribute to the cause.

Using our dollars to fund the cause and our bodies to embody moving prayer, we flowed.

I sincerely thank Laughing Elephant Yoga for their love and support of this cause which has always meant so much to me.

I want to specifically thank Debbie Valois and Lori Mancini for their leadership in mobilizing the community to support Do It In A Dress again this year.

A special thanks also goes out to Lululemon Athletica Garden City Center, whose team members have always been so supportive of our local yoga community and our charitable fundraisers.

Our event was a success, but of course, the only real “success” of an event like this is how much awareness and money we can raise to help the beneficiaries of this cause: the girls, themselves. 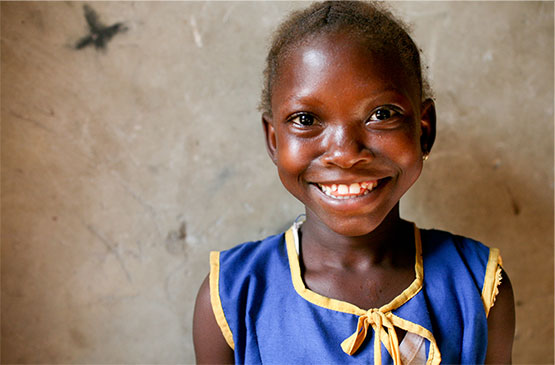 In the face of such big and heartbreaking challenges that face us in the world today, raising a few thousand bucks seems like a small and temporary drop in the proverbial bucket.

With charity work, service, philanthropy, and giving, there’s always so much more work to do. There’s always new challenges coming. These days, now the Ebola virus outbreak is affecting the region where One Girl does such great work, further ravaging an already-struggling developing nation and its local communities.

We can’t let the size of these challenges demoralize us into a state of indifference.

We need our hearts to beat stronger–for our empathy, compassion, dedication and resilience to grow.

Every ounce that we can muster matters.

A dollar, an effort, a smile to a stranger. A dress in yoga class. It all adds up. 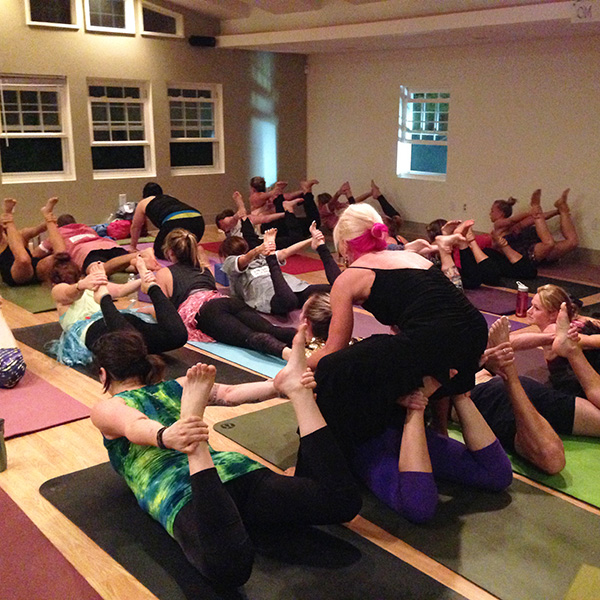 When you’re one person in a world of more than six billion, it can seem insignificant.

But the collective can only collectively shift when more and more of that collective–our society, our civilization, each of us within it–takes it upon ourselves to do our work, give how we can, and serve.

Do It In A Dress has all but ended this year, but I would still like to invite you to consider contributing to my personal fundraising page today.

Every child deserves a fighting chance to live their best lives. Access to basic education is an absolutely vital part of the equation for so many, especially in a developing nation like Sierra Leone.

Please visit doitinadress.com/dave-ursillo if you would like to contribute today.

Many thanks for doing your part to serve the greater good in our world, whether with One Girl and Do It In A Dress or another cause close to your heart.