Because my first taste of Iceland included electrical destruction and a mis-ordered hot chocolate in lieu of hot coffee, I was determined to turn my experience around by the time I fell asleep last night.
June 8, 2013

Because my first taste of Iceland included electrical destruction and a mis-ordered hot chocolate in lieu of hot coffee, I was determined to turn my experience around by the time I fell asleep last night.

That’s one of the most beautiful things about cities–

Sorry. I lost my train of thought.

I was just sitting here typing in this little coffee house called Te & Kaffe across the street from my hostel on Laugavegur, and walking down the street were two pals who I had just met yesterday afternoon. And so I darted up and away to catch them and say hello, because I remember that they’re leaving on a week-long excursion today across The Golden Circle.

Funny enough, meeting those guys is how the story of my first night in Iceland begins.

My first morning in Reykjavik began to taste like, “Everything seems to be going wrong.” Between the electric-panel assault and cocoa-induced diabetic shock, a dizzy memory of homesickness had come alive again in my mind’s eye. It’s something I often recall when I travel, move, or embark upon some adventure that’s new — however dramatic or run-of-the-ordinary, however excruciatingly complex or simple.

And I like to use the memories to my advantage, even still today. 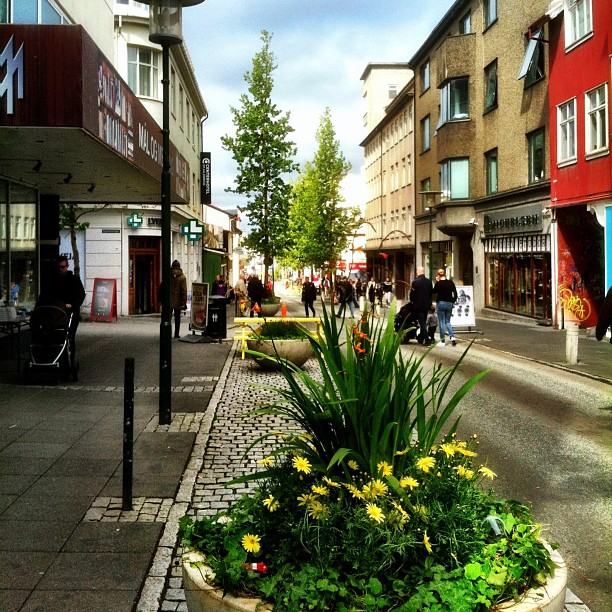 Memories serve us with lessons of a gone but ever-changing past that, as we live and learn presently, can endlessly evolve and be interpreted and reinterpreted, over and again. Memories can change, and with them the past changes too. We are, ourselves, the lens that views those memories, and as our viewpoints shift and change do the lessons of a story we once lived find new life in our actions, words, deeds and duties today.

What’s required is an exertion of will. Of choice. Of dedication and determination. Tap into these elements, and you do have the means to overcome your fear, your worry, your doubt, your procrastination, your self-sabotage.

And from that space you remind yourself, there’s no time to be wasted in a state fear for what’s not yet and never happened.

What’s left is a simple presence of mind and self-trust to be where you are, and who you are with — wherever it all takes you.

You don’t need to be a few-hundred calories of cocoa heavier or two power converters shorter to look back upon those memories of your own past to know which are still holding you back, presently. And the better you become at looking upon them without judgment or self-deprecation as you would upon a fish in a glass bowl, the easier it becomes to live your journey — because you’re not preempting the decisions you’ve not yet made and the adventures you’ve not yet taken and the commitments to which you’ve not yet committed.

That’s what I did yesterday.

And that’s how a morning touch of, “What is it that I’m doing here, again?” becomes an evening of, “This is my life of God damn adventure.” 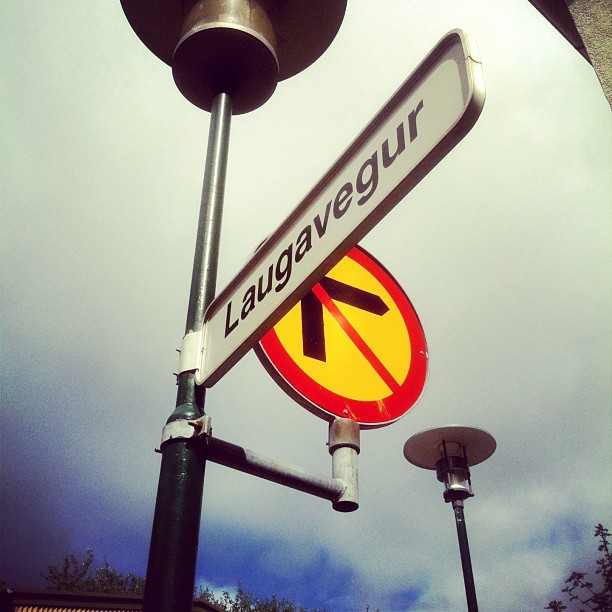 It began by striking up a simple conversation with a couple of fellow American guys at the tall wood and iron table in the hostel’s lobby — a workspace and common area that neighbors the hostel’s very own bar. “Where you from?” I said, and minutes later we realized that there was only one degree of separation that actually distanced us. These two guys were around my age and from a town in upstate Jersey where a few college friends live — a town I had visited several times, myself.

The conversation shifts and evolves, and other passers-by and hostel-goers join in. And although it’s still bright outside, the day is turning to evening — and that bar that sits some 15 feet away becomes an easy transition point. We befriended the local bartenders, and three cameramen from Miami who film television documentaries, and a handful of others. Hours pass and it’s suddenly 11:30 PM — and that one “ah, fuck it, I’ll have a beer” at 4:30 starts to seem like it was days ago. 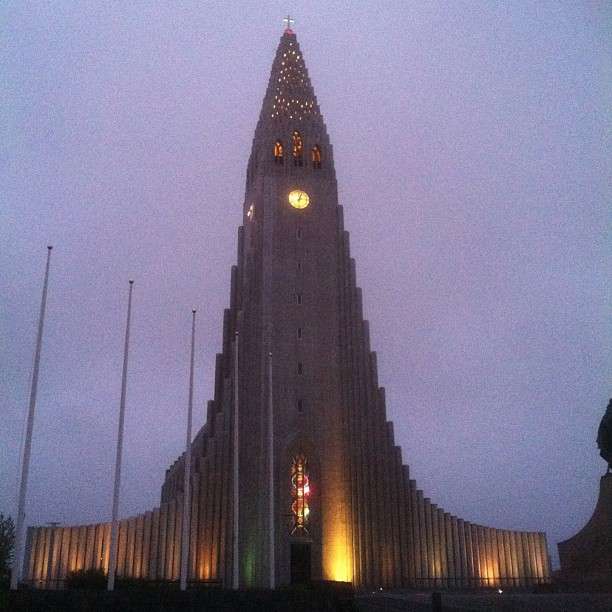 I head out toward a sports bar at this point to find a television with a live stream of the Bruins game. But as I get to the door, a young woman walks in. She’s gorgeous, yes, but that’s not what stopped me in my tracks. She stops just one step into the bar and has this look of near terror in her eyes.

“I need to find a computer,” she says.

“Well, I have a computer, what do you need it for?”

It turned out that this girl (with a wild Icelandic name that I had no chance of remembering) works in marketing and web development, and one of her multi-million dollar clients had just told her to at 11:20-something on a Friday night to pull the main banner off their website: a banner which displayed a discount offer that the company could no longer maintain. And she had to do it by midnight. For fifteen minutes, this girl taps away, logging into her company’s website on my shitty, five-year-old laptop in the lobby of a Reykjavik hostel, manages to update the site (after a few tense minutes of wondering if it would work at all), and finally breathes a sigh of relief.

At some point we got to talking about my business, writing. And she says she’s an artist too: “Well, I used to sing.” I guess you could say that she used to sing — because it had been good enough for her to make it onto Icelandic Idol, the local American Idol equivalent. “You have to keep singing!” I drunkenly demand, as the conversation spills into one of artistry, freedom, and happiness.

But time is short and we each have our own destinations to make.

And so our make-shift website rescue operation concludes with success, and a quick friendship between artists that began with the look of terror in the eye of a stranger ends with smiles and relief. 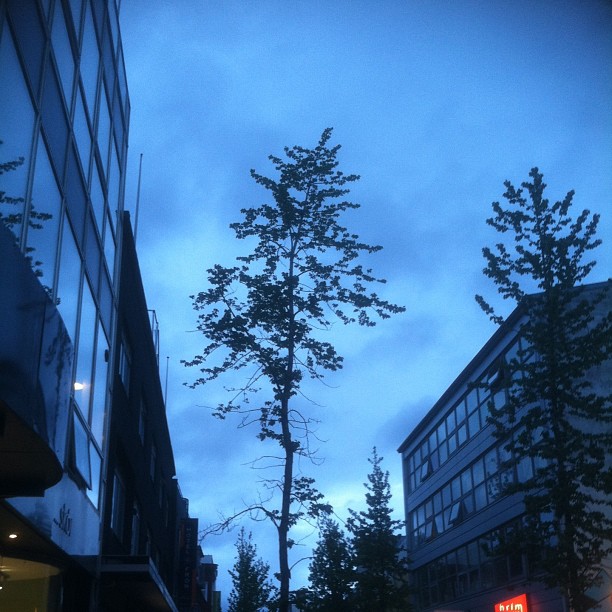 I walk down the street at nearly midnight and the sky is its dusky blue. It’s the time of the year of the midnight sun in Iceland, and although the sun sets around midnight now and rises around 3:00 AM, the darkness never visits. On my walk to the bar I bump into the two Jersey guys again, back from their scuba diving trip, and we make it our mission to find the hockey game on TV. Unfortunately, one of the better sports bars in the area can’t find the game on TV. So I ask if they have WiFi. They do. And so we huddled around my iPhone 4, propped up against a well-configured glass candle holder and napkin, to watch Game 4 of the NHL Eastern Conference Finals from over 2,588 miles away.

Fist-pumps and high-fives and a few pitches of beer later, and the night begins to end as most evenings in Reykjavik do, with a stumble to the local hot dog stand. Two dogs for around 700 krona makes the short jaunt back up the street to the hostel a much more delicious one, in spite of the usual debauchery to be seen in a city at 3:00 AM on a Saturday morning. But witnessing a little public urination has never hurt anybody.

And the touch of headache and hangover that awoke me this morning still pale in comparison to an evening of memories that won’t ever be forgotten — with a handful of new friends, to boot.

Now I remember what I had wanted to say to begin this piece. 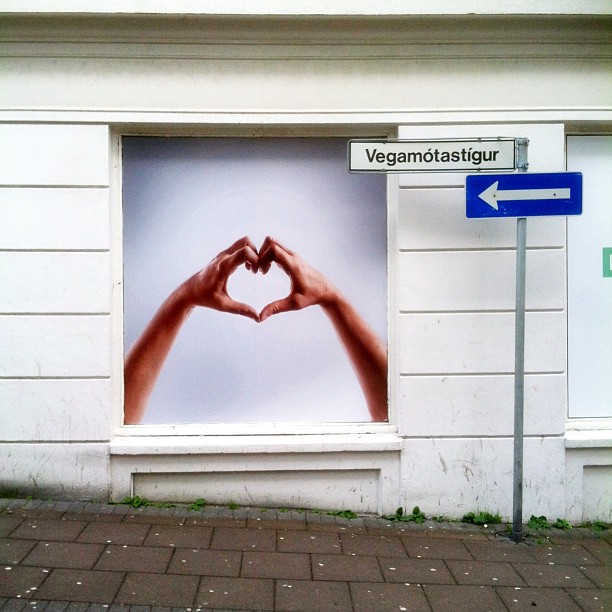 One of the most beautiful things about travel is that it takes such little effort for your wish for adventure to be reciprocated. Travel is magnificent for that: you throw yourself out into the world and say, “I wish to meet people,” or “I want to have an adventure,” or “I want to try something new.” A city is an even more brilliant place for that. You break your habits, you turn right instead of left on your morning walk, you find a new hole in the wall bar or a tiny fish restaurant with delectable soup.

It’s what drew me to New York City, the people and adventure that cannot be found so easily in small town America. It’s there, in this crossroad of curiosity and newness, that magic is found: life, love, laughter, and one another. And the adventure that awaits certainly feels force multiplied when you’re not just traveling but traveling abroad to somewhere new, and traveling abroad for the first time entirely, and doing both at once, all by yourself.

But you certainly don’t need to be here, or traveling abroad, to achieve the same.

All it takes is a little leap.

Some self-belief etched in some healthy defiance of a past you’re still trying to outgrow, outlive, undo. This game of life is a lot simpler than we make it out to be. Why we make it so hard on ourselves, I don’t know — but I think it all dawns from the belief of what we think we deserve. Too many people feel that they don’t deserve joy, even if they’re in pursuit of it — the same goes for freedom, for peace, for love.

Know that you deserve them, friend.

Because that they exist says you deserve them — like the stars of a night sky, waiting for you to remember and just look up.

I might not see many stars in Iceland while I’m here. But I’ll feel a lot better knowing that wherever you are, you’re looking up and taking them in, with a smile.