Why is Miss Smith Crying?

When I lost a tooth in the second grade, I stumbled into situation that made me feel like I shouldn't see what I was seeing. My teacher, Miss Smith, was crying.
July 25, 2014

Why is Miss Smith Crying?

When I was in the second grade, I lost a tooth.

I’d never have remembered losing that baby tooth had it not been the day I saw my second grade teacher, Miss Smith, crying. 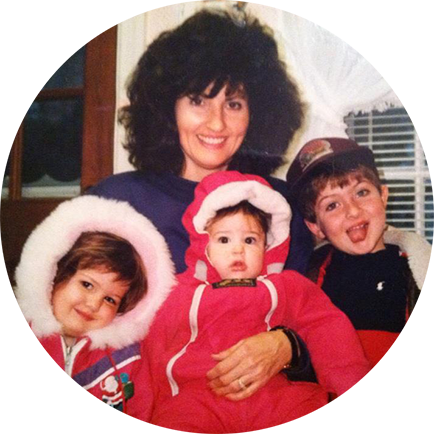 I was seven or eight years old. I wore a brown leather bomber jacket and always had on a hat – I refused to take off. I also liked to ruined many pictures back then.

The tooth I remember losing happened at recess. I had it in hand and my gums were still bleeding a bit. There was money to be made with this tooth, so I marched back to my classroom to stash it away for safe-keeping.

But when I walked into my homeroom I remember feeling like, I really shouldn’t be here. This was a moment that a teacher might worry would upset her young student.

Miss Smith was there in the corner of the second grade classroom, huddled by the three large ceiling-to-floor glass windows that let light pour in daily, dotting her eyes with a tissue. Miss Smith was crying.

Someone else was there too. It was another teacher, but I can’t say for certain who it was.

They stood in close proximity. The other teacher was consoling Miss Smith, and speaking to her lightly.

When they noticed me walk into the room–and when I felt that feeling that I shouldn’t be there–they flipped switches and the two morphed from human beings in a human moment to the role of teachers again, considerate givers, gentle figures of authority.

Miss Smith walked over to me, donning a brave face and a smile.

“My tooth fell out,” I opened my palm to show her the little bloody stump. Figuring she would be worried that I would see her crying, I pretended the tears in her eyes weren’t there–like I was oblivious to the knowing in my heart that something was wrong.

“That’s wonderful, sweetie!” Miss Smith said in a burst of kindness, through her teary eyes.

Whatever pain or hardship the human being “beyond the teacher” in her was enduring, Miss Smith somehow mustered an ounce more of giving to her young toothless student, celebrating me and this lost tooth as if I had done something great.

The memory is seared in my brain. I’ve never been able to forget it.

I think about it every time I see someone with tears welled in their eyes–and who manages to put on a brave face because they have to.

But there’s another reason why this memory has lived on in me for all these years.

And why, two decades on, I still find myself replaying an otherwise forgettable memory of a lost baby tooth.

It’s because Miss Smith wouldn’t be a teacher at our school much longer.

It feels so strange to say that. It feels wrong to type it–as if some “grand reveal” or climax in this story. I might just as well say, “Turns out that Miss Smith was near-sighted this whole time.”

But even in the 1990s, if it wasn’t a “shakeable controversy” for someone to be gay, it certainly made for childish schoolyard drama for naive, confused, prepubescent kids in a small private school.

Part of me has always wondered if Miss Smith was crying because she, or her partner, or the two of them as a couple, had been “outed.” If some parent hadn’t complained to superiors that a gay teacher was in charge of kids. Or, if there was some nasty rumor overheard, or a vile comment made. Maybe it was the quiet torture of a soul feeling forced into living in hiding of her natural, beautiful, perfectly-imperfect truth.

I can never say for certain what Miss Smith was crying about that day. But I do know that Miss Smith and her partner would not be teaching at that school much longer. I know that, according to “sourced rumors” among us kids, the two of them moved to Vermont, where they were wed and lived.

No matter the cause of Miss Smith’s tears that day–it could just as well have had nothing to do with sexual orientation–what I do know is that it is a torturous thing for any human being to live untrue to herself.

It is a torturous thing to yearn for wholeness and completeness and truth and presence of being, only to feel forced into hiding from fear, or shame, or because the world is not ready to see someone for who she entirely is.

That’s why I’ve always remembered Miss Smith’s tears–why, as decades have passed, I have always quietly wondered why Miss Smith was crying on that afternoon when I lost my baby tooth.

Maybe Miss Smith was crying about something completely different. Maybe she was just having a tough day. Maybe she stubbed her toe a moment prior.

But part of me knows deep in my heart that, whatever caused her tears that day, that tears were certainly shed by Miss Smith, and her partner, just like the countless millions of human beings for the simple, honest and inescapable fact that they are gay.

Tears have been born of an insurmountable, inescapable pain brought on by the unjust animosity felt by these souls for the reality of who they are–for knowing it, for being it. There have been judging looks and quiet rumors. There have been daggers, disownings, deaths, all because someone by birth is who they are at the core of their being.

At their truth. Their divine center. Their beauty, their light.

There is nothing more unjust than that.

I’ve always remembered Miss Smith’s eyes, welled up with tears, and how she donned a brave and genuine smile to celebrate my little lost tooth–in spite of whatever she was dealing with in that moment. It’s stuck with me. And as an adult these years later with every conversation or news story or political issue that’s come up about sexuality, marriage equality, equal rights, pride and more, I always have that memory of Miss Smith on the forefront of my mind.

Because to a toothless second-grader, Miss Smith was always and forever a human first.

Not orientation, not race, not religion or creed.

The human is always first.

Miss Smith was the first person who, as a kid, I could ever associate with being “gay.” And yet, Miss Smith was never “gay” to us kids. She was just Miss Smith. She was a wildly compassionate, gentle, giving teacher. I loved to listen to her voice when she read us books during story time.

She was so kind. I think that my kindness today was shaped by her kindness all those years ago.

If Miss Smith’s tears that day weren’t shed because she was discriminated against or somehow suffering in secret, I have a hard time believing she never cried because of that.

I’ll always remember her tears for those reasons.

And I will never forget all the tears that I’ve never seen or felt, but have been shed by countless millions, because my brother and sister souls have been shamed, reprimanded, terrorized, judged, and hated for being on a journey to understand, cherish and celebrate the root of their Being.

Speaking in absolutes is a silly thing reserved for politicians and nincompoops.

But when it comes to being true to your Self, I hope that wherever your journey may take you that you can feel whole, complete and unapologetically you.

I stand with you. I love you for all you are. I will bleed for you.

Enough of your tears have been shed.