The Journal I Never Kept: The Rosary

The Journal I Never Kept: The Rosary

“The Journal I Never Kept” is a new column feature on DaveUrsillo.com that details true stories from my past in a storytelling style, as if from a journal of only memory. I hope you enjoy them.

Shrouded in layers of mystery, the killing appears to resemble a deliberate assassination.

Days later, I squeeze a plastic Rosary over my head, tucking it just under my shoulder pads moments before an important lacrosse game that our high school team needed to win. Nearly ten years after, the Rosary is long gone — never seen again after once lending to a friend in need. I’d like to think it has continued to find its way to others. The murder remains unsolved.

A Garland of Roses

Raised in the Roman Catholic faith, those inter-spaced garlands of small beads that we call the Rosary (or simply “rosary beads”) were always a bit of a mystery to me, themselves. In my youth, I quietly wondered what function, exactly, the Rosary was meant to perform. Everybody seemed to have one. In the very-Christian state of Rhode Island (nearly half of whom are Roman Catholic), it’s quite common for rosary beads to be hung from cars’ rear-view mirrors. Did the beads possess protective powers? Were they good luck? A mere emblem of our shared faith — like a symbol representing our “Member’s Only” status?

With time (and religious education), we young Catholics learned of the centuries-old custom of prayer that accompanied the handling of the beads. Several different prayers were assigned to each bead, used almost as a guide, in order to pray in proper sequence. Coming to understand the traditional Catholic devotion was beneficial, since by the age of 15 I had come to acquire a handful of them that had seen little purpose other than hanging as decoration throughout my childhood bedroom. 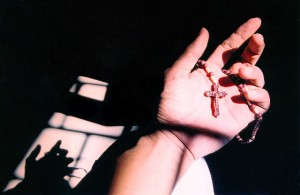 I learned of the murder shortly after 5:00 PM, on what must have been a Tuesday, when my father had just returned home from work. I was in the family’s living room — my mother preparing dinner in the kitchen just a few steps away. Our family friend, the doctor, had been murdered, he told my mother as he walked through the door. The word “murder” rang with a particular sharpness to my young ears. Murder? Why? How? Who? One-hundred silent questions battered about my thoughts.

Among the ringing in my ears and unanswerable questions that swirled, once-pleasant memories rushes forth to the forefront of my mind, each quickly souring with heartache and confusion as the realism of the moment sunk in. I remembered his bubbly voice, his face that never stopped smiling. His constant will to help. Childhood memories were recalled of sitting in his office with the leather sofa, and a fish tank that seemed so large to young children that it might be hiding an entire ocean-full of colorful creatures.

A flash to that summer day at the beach house, playing with his son among toys on the floor and a VHS tape of The Brave Little Toaster on TV, the doctor seated nearby. That the doctor was a family friend, a man who always seemed so jovial and willing to help others, only confused me further. That the doctor was a friend of my father, my uncle, and their entire core of friends, terrified me to my core. Murder? 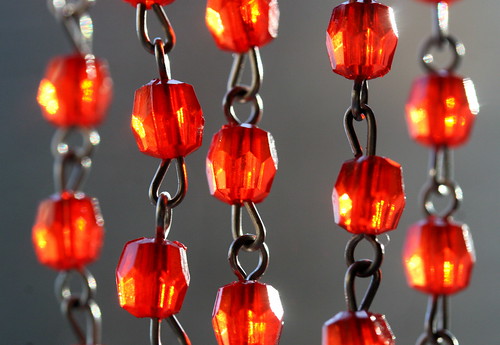 Humans have always feared what they cannot or do not understand. And because we cannot and do not understand so much — both as a species over the course of history, and in our individual lives — fear plays a major role in influencing our behavior, attitudes and actions. In youth, fear is a force multiplier.

Today, I have a hard time remembering what, exactly, compelled me to bring that cheap Rosary of plastic turquoise beads and a broken cross in my pocket to school with me that day. But I knew that I wanted to wear it while playing in our lacrosse game that afternoon. It was an important game, from what I remember, against a rival academy from hours away.

“Was it the first game that I would ever start on defense alongside my upperclassmen teammates? Did the game have playoff implications? Was something else on the line that I have since forgotten?”

Merely a 15-year-old freshman in an unpredictable and intense game of hard-hits and physical duress, coupled with the confusion of a family friend’s murder and all the uncertainty surrounding it, perhaps the simple answer is that I was afraid.

Perhaps I just wanted some help, a “boost,” an emotional lift in confidence and faith, whether in a higher power or merely myself in those few hours of battle. Although I can’t remember much of the game, I remember it’s outcome. Between me and my two upperclassmen-teammates, our defensive trio was awarded “the Game Ball” — a symbolic gesture that bestowed us with team recognition and honor for outstanding play that contributed to our 5-2 victory. I was even credited with assisting one of our team’s goals: a long pass to a Senior attackman that he buried in the back of the opposing net.

As if he knew it before even I did, my father — whose very well-being concerned me most after the murder of our family friend — on a nearby sideline called to me as our team huddled in the aftermath of our win. From yards away, he tossed one of the lacrosse balls used in the game over to me — a genuine game ball, my souvenir to commemorate the victory. I still have it to this day. And all the while, that plastic rosary remained around my neck… though by now I hardly even remembered its presence.